The mediastinum is a critical anatomical region of the human body. However, this is not an organ. Therefore, let’s start by summarizing the five key facts about the mediastinum before deep-diving into the details of this body part.

1. The mediastinum is not an organ but is a compartment in the thorax that hosts a number of organs, vessels, nerves, and other structures.

2. The mediastinum hosts the most vital organs of the human body: the heart.

3. The mediastinum is virtually divided into anterior, middle, posterior, and superior regions. This division is mainly used for clinical purposes.

5. The anatomical division of the mediastinum has been largely debated in the past. While radiologists used to define this space based on the landmarks observed in the radiological images, surgeons were relying on the intraoperative margins. A CT scan-based division is now the most common and consistent approach across different medical specialties.

6. The primary function of the mediastinum is to provide these structures with a protected pathway.

7. The mediastinum is also clinically significant due to many pathologies occurring in it. One of the most invasive and difficult to treat is a mediastinal tumor. A mediastinal mass can be found in the anterior, posterior, or middle mediastinum, and depending on their location they can apply pressure on vital organs such as the lungs, esophagus, spine, or trachea, leading to serious consequences. If a mediastinal tumor is suspected, the practitioner will recommend different tests, including a biopsy of the mediastinal mass in the thoracic cavity, a ct scan, or other imaging procedures and functional tests. Depending on the size and positioning of the tumor, surgical resection can be an option and it can be combined with pharmacological intervention to reduce the size of the mass and limit the risk of metastasis.

Let’s now explore the anatomy and function of the mediastinum in the sections below.

Explore the mediastinum and its organs in 3D, AR, and VR with the interactive model below.

The Mediastinum with Labels by Health Academy on Sketchfab

The mediastinum is the space between the two lungs that extends the whole length of the thoracic cavity. From the top to the lowest point, the mediastinum extends from the thoracic inlet to the upper lining of the diaphragm. Though there is no distinct physical partition of the mediastinum, it is divided into the superior and inferior.

The inferior mediastinum is further divided into anterior, middle, and posterior compartments. Hence, there is a total of four compartments of the mediastinum. The Mediastinum houses vital body structures, such as the heart, esophagus, trachea great vessels, and several nerves.

The contents of the anterior mediastinum include the thymus, branches of internal thoracic vessels, and parasternal lymph nodes.

The contents of the posterior mediastinum include the esophagus and descending thoracic aorta. It also contains part of the thoracic duct, azygous and hemizygous veins. It also has part of the vagus, splanchnic, and sympathetic chain nerves. 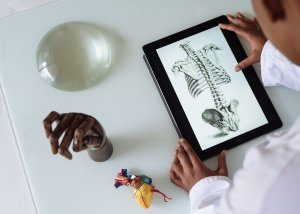 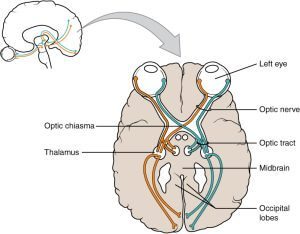