Autism spectrum disorder, or ASD, is an umbrella term that entails a group of neurodevelopmental disorders that occur during childhood.

Patients with ASD have a problem with social interaction and communication. Moreover, they often exhibit repetitive stereotypical patterns of behaviour.

According to the Centers for Disease Control and Prevention (CDC), one in every four children was diagnosed with a form of ASD in 2014. The CDC also states that ASD has an obvious predilection for males, with a ratio of 4:1.

This condition is prevalent all around the world regardless of race, region, or environment. However, some regions report more cases than others, and this is also due to the limited ability to accurately diagnose and classify ASD.

Causes and risk factors of autism

The exact causes of autism are still unclear. However, scientists believe that certain risk factors increase the chances to develop this condition.

The signs and symptoms of autism

According to the Diagnostic and Statistical Manual of Mental Disorders (DSM-V), there are 5 types of autism that present with slightly different signs and symptoms. The most common symptoms can be classified as follow:

According to the American Academy of Pediatrics (AAP), all children should undergo screening for ASD at the ages of 18 and 24 months.

Thanks to screenings, doctors may be able to diagnose ASD early on, which improves their outcome.

One of the most common screening tools used by pediatricians is the Modified Checklist for Autism in Toddlers (M-CHAT). In summary, this tool consists of 23 questions answered by the parents. After that, the pediatrician uses the gathered information to evaluate the risk of children.

Note the accuracy of screening tests is not always optimal, and for this reason, additional diagnostic tools are still being researched.

Other screenings and tests

Besides screening, the pediatrician may opt for the following tests:

After collecting data from all the previous tests, a team of healthcare professionals (e.g., child psychologists, occupational therapists, speech pathologists) will confirm the diagnosis.

Unfortunately, there is currently no cure for ASD. However, research is allowing us to reach better clinical outcomes compared to a few decades ago.

Your child’s doctor may recommend the following treatments:

Aside from these conventional treatments, the doctor may suggest anxiolytic therapies, such as massages, weighted blankets, and meditation techniques, to help your child relax.

Interestingly, patients respond differently to specific treatments. While some patients would get better after a few sessions of physical and speech therapy, others show no symptom improvement.

Alternative treatments for autism include:

Previous research found conflicting evidence about the effectiveness of alternative treatments for ASD. A consultation with a pediatrician is recommended before trying any of these treatments.

Sensitivity to sensory input is a common issue with ASD. For instance, you may notice that your child experiences emotional distress when exposed to bright lights or loud noises. On the other hand, some patients may ignore other sensations (e.g., extreme heat, pain).

Seizures are common among patients with ASD. Generally, patients start having seizures during their childhood or teenage years.

People with ASD are susceptible to depression, anxiety, mood swings, and behavioural abnormalities.

While there is no definitive way to prevent ASD, some lifestyle modifications may reduce the risk of this disorder.

Autism spectrum disorder is a common mental condition that requires complex and challenging medical management. Because autism is mostly idiopathic (without an apparent cause), we cannot do much about it! The best option is to treat this condition promptly, using psychotherapy and psychopharmacology when needed.

Hopefully, in the near future, we will identify the etiology of autism and develop protocols to treat and prevent it. 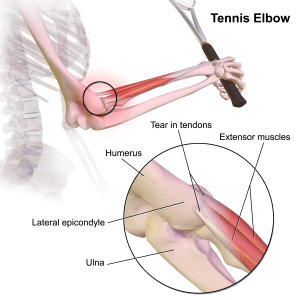